Double-deckers with bright yellow fronts provided a frequent shuttle service in Liverpool 37 years ago to help take visitors to the first of five garden festivals staged around England, Scotland and Wales to accelerate the regeneration of old industrial areas 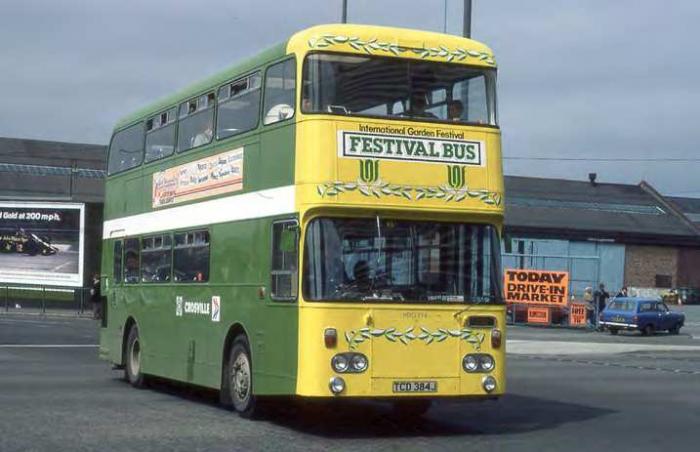 The International Garden Festival in Liverpool from May to October 1982 was the first of five events held to accelerate redevelopment in depressed industrial areas, with recreational facilities for residents and tourist attractions. Festivals followed at Stoke-on-Trent in 1986, Glasgow in 1988, Gateshead in 1990 and Ebbw Vale in 1992.

The Liverpool festival drew nearly 3.4 million visitors to the former dock area fronting the River Mersey, which was served internally by a narrow gauge railway with steam and diesel rolling stock.