Franchises and municipals for Wales? 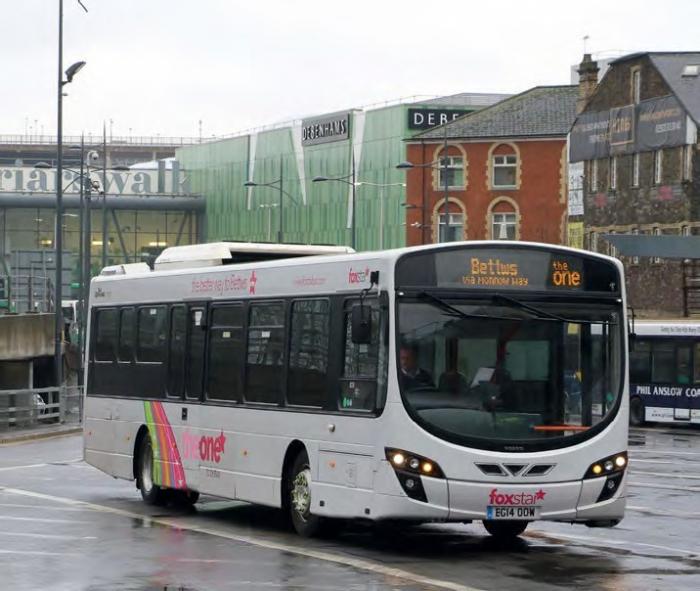 FoxStar, the trading name of Bristol-based CityStar Group, began competing against councilowned Newport Transport with its The One service between the city bus station and Bettws estate on 3 December, using Wright Eclipse 2-bodied Volvo B7RLEs, including BG14 OOW, that began life on lease to Malta Public Transport. JOHN EDWARDS

The Welsh government has published proposals that pave the way for franchising and direct municipal operation as well as partnerships with commercial operators. It also proposes to raise the qualifying age for free concessionary travel.

Launching consultation on a newly published White Paper on bus and taxi legislation as we closed for press on 10 December, transport secretary Ken Skates said: ‘Using the new powers we have gained in the Wales Act 2017, we can reshape the public transport network in a way that supports our ambition to increase the number of people using public transport and encourage travellers to switch from private car use, reducing pollution and congestion.