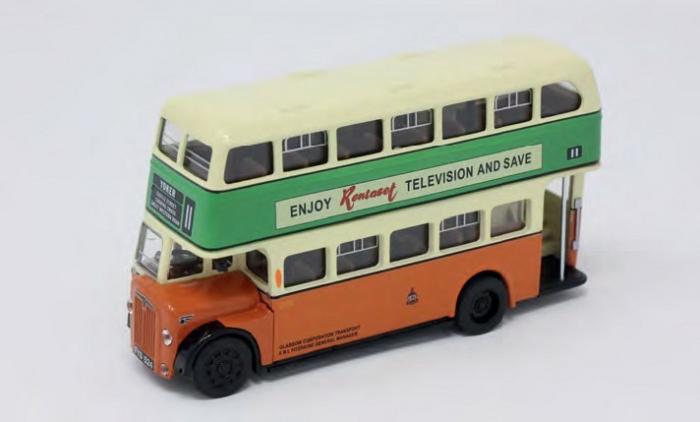 Derek Perry has broadened the appeal of his 1:76-scale castings of the many varieties of Birmingham City Transport postwar Standard double-deckers by including similar vehicles in other fleets.

That brought near identical exposed radiator Daimlers in Edinburgh madder and white, Newcastle yellow and cream and Hull blue and cream.

His latest venture into the world of colourful municipals of the 1950s is to adapt the ‘new look’ concealed radiator Standard to appear as close as possible to vehicles that were similar, but not identical, to the Birmingham vehicles.