A fleeting return to Merseyside 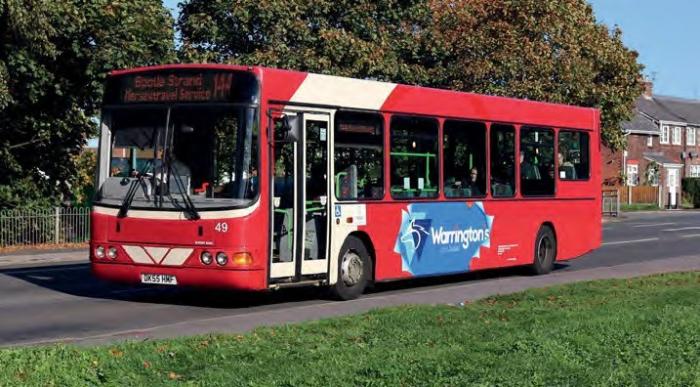 The closure of Avon Buses (Buses last month) brought council-owned Warrington’s Own Buses on to a Merseyside route for around three weeks before permanent replacements were put in place.

Merseytravel awarded it a short-term contract to operate a single vehicle on hourly service 144 (Bootle-Litherland) until Hattons, part of RATP-owned Selwyns, took up a longterm contract from 5 November. This was the first time Warrington had operated in the area since the early 1990s, when in response to competition from British Bus-owned North Western on its core routes, it operated a Runcorn-Liverpool service. Before that, it held a Sunday tendered service contract for route H5 (Warrington-Liverpool).

Arriva has provided commercial replacements for Wirral services 10/A (New Brighton-Liscard/Arrowe Park) and 83A (Birkenhead-West Kirby), while Stagecoach has provided a similar replacement for the 22/X22 (Moreton-Chester).

Contracts have been awarded to Stagecoach for routes 16/A, 17/A (Moreton-Clatterbridge), 80 (West Kirby-Newton Circular), 82 (West Kirby-Caldy Circular), 91 (Birkenhead- Prenton Circular), while Eazibus has been contracted to operate new service 73 (Heswall-Poulton Lancelyn).

Although around 15 other Avon routes have been withdrawn without direct replacement, Merseytravel says it has restored services to nearly all areas that lost daytime public transport on weekdays and Saturdays. The contracts for routes 16 and 17 restore the link between south Wirral and Arrowe Park and Clatterbridge hospitals.

Liverpool City Region metro mayor Steve Rotheram says: ‘This swift action, to ensure that people can still get around following the collapse of a private sector operator, demonstrates the importance of the combined authority’s role in overseeing public transport across the city region. It is also a timely reminder of why we are examining the devolved powers we have around bus services to see how we might further improve them in the future.’

Cllr Liam Robinson, the authority’s transport policy portfolio holder, adds: ‘The closure of a bus operator at such short notice presented us with a huge challenge but, within the frameworks we have to follow and budget restrictions we have, our staff have done an excellent job to turn around these new services.’