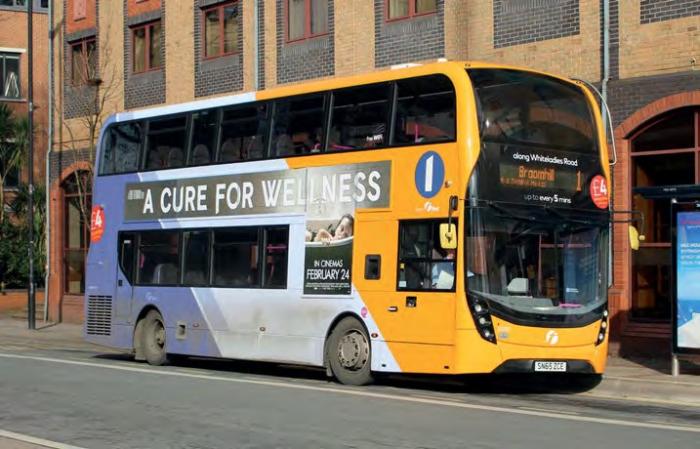 The experiment, on behalf of First’s UK bus division, is to measure the effect on costs and durability of using wider single wheels and tyres in place of the usual twins. ‘They look a bit odd because the track is a few centimetres narrower,’ says West of England managing director James Freeman, ‘but otherwise they don’t seem to have any detrimental effect on handling, so we’re just waiting to see how they run.’

Freeman has previous experience with super rears, on the solitary East Lancs Kinetic+-bodied ultra-lowheight MAN double-decker that Reading Buses ran for part of the time he was chief executive officer there. ‘At the time they were fine until one got damaged and it was difficult to source a replacement,’ he says. 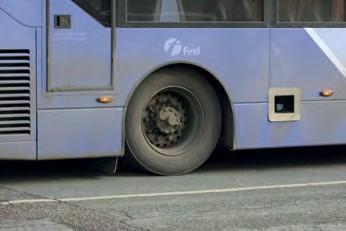 First West of England 33953 (SN65 ZCE) is one of the two Enviro400 MMCs fitted with super rear single wheels, conveying the illusion of a chassis that looks narrower than the body.
DAVID J. SMITH