Plaxton’s Volvo B7L-based prototype low-floor double-decker, rejected as too long and unwieldy for London, has been tracked down to a static new life helping educate schoolchildren 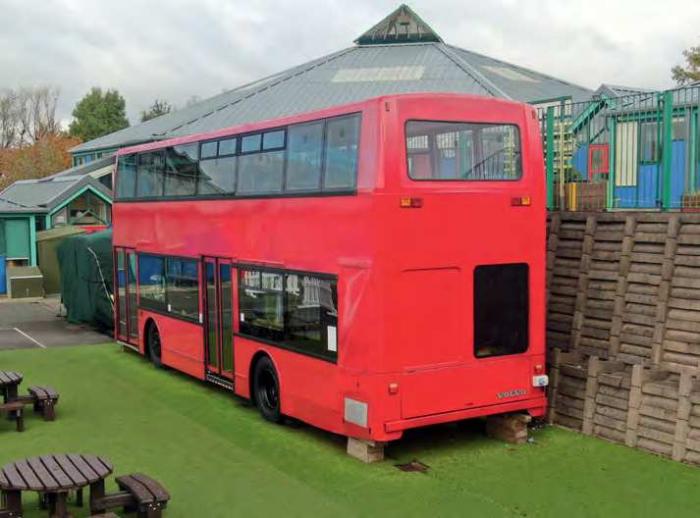 Its long rear overhang propped up with wooden blocks and the nearside grilles covered over, the prototype President has been installed at a school in Lancashire.
DANIEL STAZICKER

Twenty-three years after its public debut, the long lost prototype Plaxton President double-decker has been discovered, converted into a static classroom at a school somewhere in Lancashire.

Production examples of the President, the first low-floor double-decker built at the former Northern Counties works in Wigan, took to the road from the spring of 1999. They were on DAF DB250 chassis and went to London operators.

The 70-seat 10.5m prototype, however, was one of the big talking points at the Coach & Bus 97 show at the National Exhibition Centre in Birmingham in autumn 1997, partly because of its striking style and passenger friendly interior, but also for the air of mystery that clouded the Volvo chassis that it was built upon.