For the sixth of his rides around the national parks*, former Arriva regional managing director BOB HIND heads to south-west England where he finds a huge contrast in bus service provision in Exmoor and Dartmoor…and misses a vital connection 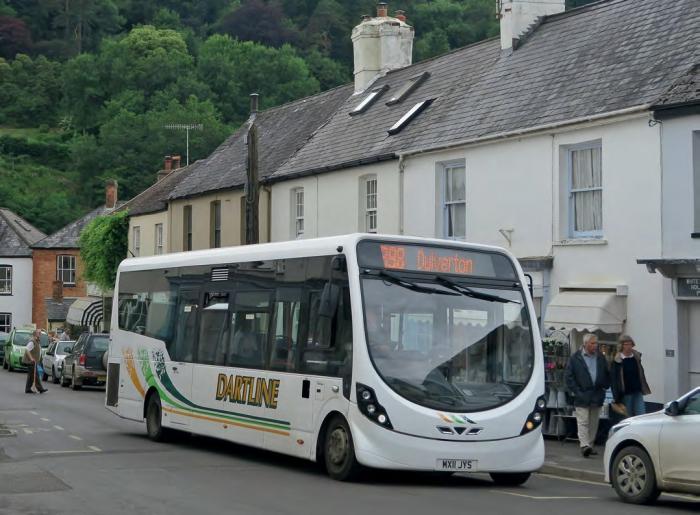 Dartline MX11 JYS, a 37-seat Wright StreetLite WF new to Tyrer of Nelson, arrives in Dulverton on service 398 from Tiverton.

The two national parks in the south-west provide contrasting experiences, not least when travelling without a car. Really only three bus routes penetrate Exmoor, leaving vast areas completely inaccessible by public transport, while provision in Dartmoor is better.

The Exmoor park stretches along the north Devon/Somerset coast between Lynton and Minehead and south to Dulverton. My timing is not great, as I had to plan my visit for June 2017. A month later might have been a little better, but still the options by bus are limited.