Cuts by First Hampshire & Dorset from 21 January will see it withdraw from Exeter and give up one of its Southampton routes to Go South Coast’s Bluestar business.

It has cancelled commercial service X52 (Exeter-Lyme Regis) – the last First route almost entirely within Devon – ending 19 years of Jurassic Coaster routes serving Exeter. Also cancelled are the 5 (Weymouth- Crossways-Dorchester) and school service 14 (Portland-Dorchester), while the frequency of service 10 (Weymouth-Dorchester- Poundbury) reduces from five to four per hour (down from six an hour a year earlier).

This third round of cuts follows others on 3 September and 19 November, and a 50p increase in most adult single and child return fares on 22 November that it blames on ‘a challenging economic environment’.

In Southampton, First is withdrawing route 12 (City Centre-Lordshill via Southampton General Hospital and Millbrook). Bluestar route 17 already covers part of the 12 route in Lordshill and to cover the bulk of the section being lost, Go South Coast is extending its half-hourly route 7 (Sholing-City Centre) into a cross-city service with early evening and Sunday journeys.

The decision to axe route X52 ends a fouryear struggle to maintain a fully commercial service along the full length of the scenic long distance X53 (Exeter-Poole), which attracted high free concessionary pass use with poor reimbursement rates and seasonal surges in demand.

For 15 years until March 2013, it was supported by Devon and Dorset County Councils, achieving significant growth with repeated investment in new buses. In partnership, the strategic rural link became a strong tourist brand.

Last year First fragmented it into three – X52 (Exeter-Lyme Regis), X53 (Axminster-Lyme Regis-Weymouth) and X54 (Weymouth-Poole) – with poor connections between them. The X52 and X54 suffered further from not operating during damaging five-month long driver strikes. Without the X52, First now serves only the Dorset section of the Jurassic Coast.

The cuts also prompted Stagecoach to extend its more frequent 52A (Exeter-Seaton) to Lyme Regis last year as a renumbered 9A in competition with First. The X52 dwindled to just two journeys from 3 September.

All communities along the X52 route have regular alternative services, although Beer may lose direct Exeter links. There was no word of any local authority-supported replacements for the 5, 14 or X52 as we closed for press. 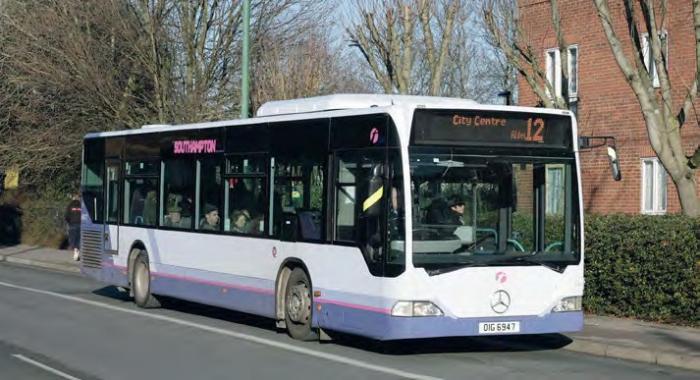