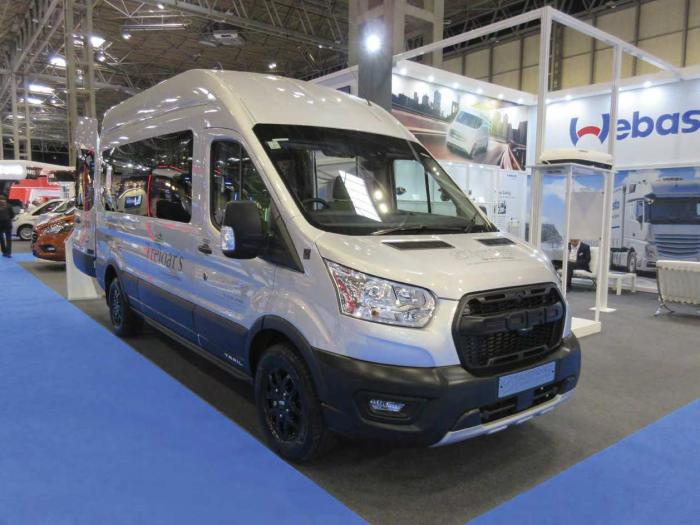 By no stretch of the imagination can the Commercial Vehicle Show be considered a bus and coach exhibition. Yet at the same time there are usually plenty of products and services being promoted that are of interest to passenger transport fleets, and this year’s event, held as usual at Birmingham's National Exhibition Centre, was no exception.

The Webasto stand played host to one of the few passenger-carrying vehicles on display – an off-road-capable accessible Ford Transit Trail minibus converted by Stanford Coachworks.

It was fitted with a Webasto 2kW Air Top passenger saloon heater plus one of the manufacturer's Vancouver evaporator air-cooling units. A BraunAbility E15 internally-mounted wheelchair lift had been mounted at the back along with an electric step to ease access through the nearside sliding side door.