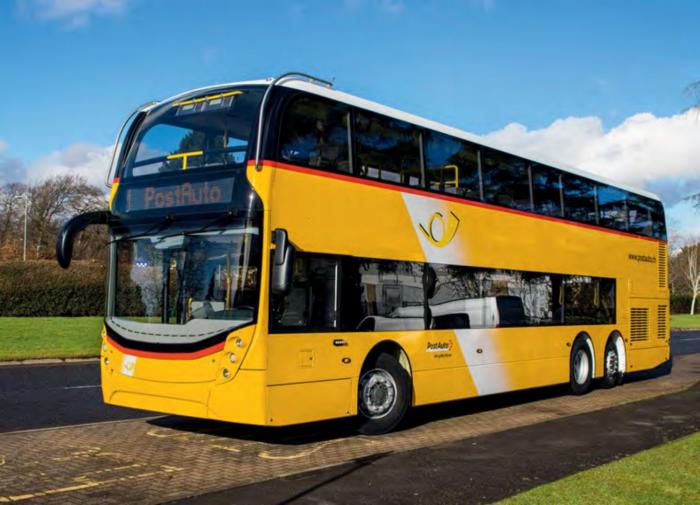 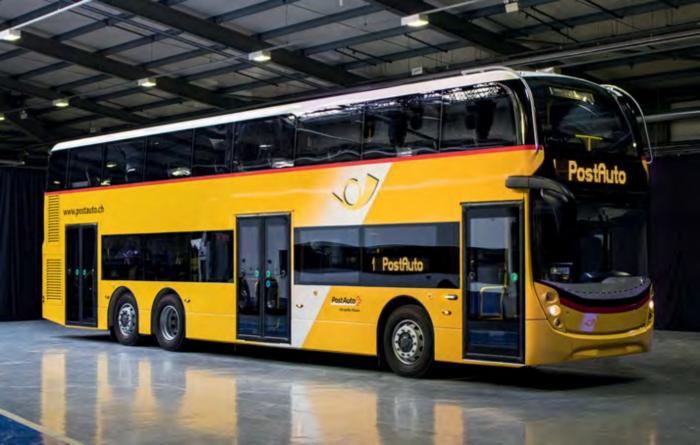 The three-door Swiss vehicles have a narrow front entrance. 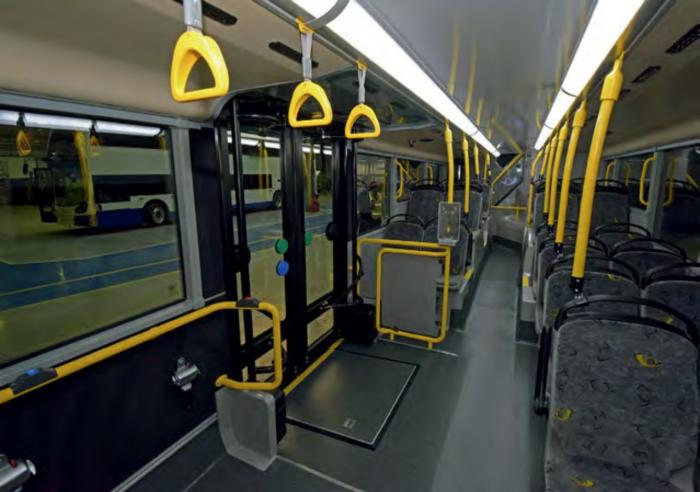 View towards the rear of the lower deck and the second staircase.

Alexander Dennis chose the Bus2Bus exhibition in Berlin on 25/26 April for its first-ever appearance at a European mainland show, but it had no vehicle on show.

Its stand in the city’s Messe congress hall — where other manufacturers displayed around a dozen vehicles to 1,300 visitors from 21 countries — appeared to be part of a bid to persuade Berlin’s BVG transport undertaking to buy a trial fleet of its three-door Enviro500 doubledeckers in the wake of an order from Switzerland’s PostAuto.

The first two of the 12.9m threedoor Swiss vehicles, with 80 seats and two staircases, are poised to go into service in in St Gallen. If they prove successful, PostAuto has an option of buying another 17 on hilly routes in the area where older Neoplan double-deckers are currently deployed.

The Enviro500 is being promoted as a worthy replacement for Berlin’s 414 tri-axle, twin-staircase A39 MAN Lion’s City double-deckers, some of which are nearly 12 years old. Berlin has already tried out a three-door, one staircase Enviro500 along with twin-axle doubledeckers from Scania and VDL. So far no purchase decision has been made.

‘I think this is the right time to enter this market, which is very a large one for us,’ says Alexander Dennis’s European business development manager, Martin Gruber. ‘There are no similar products over here.’ Talks with BVG are continuing and Gruber says he expects to have a clearer picture within a few months on whether Germany’s largest municipal will place a significant order.

He does not see Britain’s exit from the European Union being a problem. ‘If Brexit poses challenges we will face up to them, but I don’t think a customer minds much whether a bus comes from the UK or Europe provided it is the right product.’ 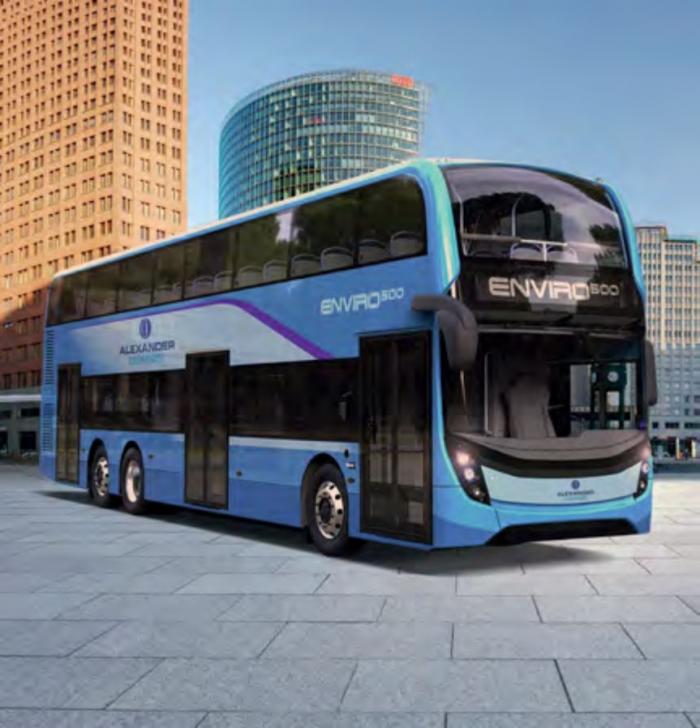 The Alexander Dennis stand at Bus2Bus included this image of an Enviro500 placed in Berlin, with the Deutsche Bahn building behind.