Ensignbus showcased the latest restored addition to its varied heritage fleet, former St Helens Corporation D7 (BDJ 807), one of 40 London Transport-specification Park Royal-bodied AEC Regent III 3RTs that the Lancashire municipal bought between 1950 and 1952 to meet its need for highbridge double-deckers low enough to pass under bridges on some of its routes. 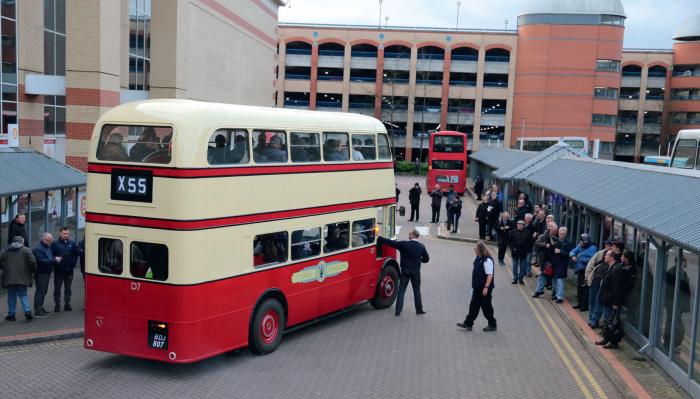 Photographers capture the moment when St Helens D7 pulls into Lakeside bus station on the one service run it undertook on the afternoon of the running day. Inset shows the fictitious London fleetnumber applied, making it the 4,826th
RT. TERRY BLACKMAN/ALAN E. MOORE

This 1951 vehicle saw subsequent service with Harper Bros of Heath Hayes in Staffordshire as its no.9 and although restored in full St Helens livery, it retains the power- operated platform doors fitted by Harper’s.