Leeds-based operator Independent Coachways was well-known for its eclectic fleet of vehicles. Being an occasional driver for the company meant that STUART RENDER never knew what he’d be driving next 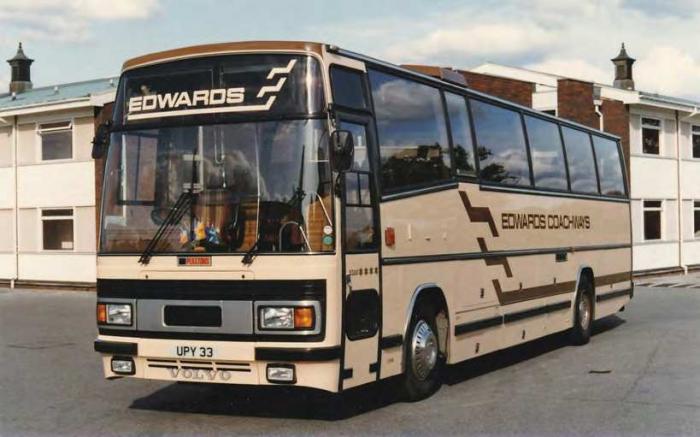 Displaying the ‘E’ for Edwards livery, UPY 33, is seen at the Master Brewer Hotel in Hillingdon in May 1983.
STUART RENDER. 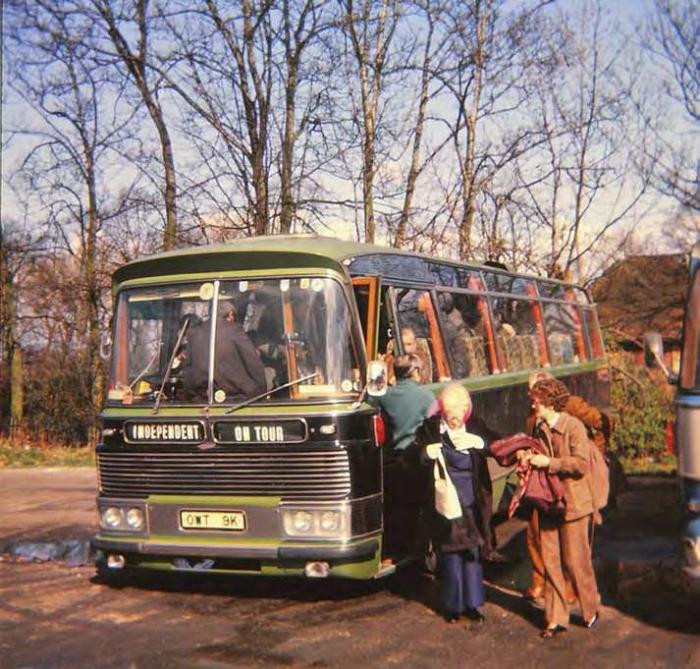 Duple Viceroy-bodied Leyland Leopard OWT 9K was the first new coach bought by Independent. It is seen at Windsor coach park on March 16, 1975 with Tony Edwards at the wheel.
STUART RENDER

Leicester Forest East motorway services on the M1 is an unlikely location with which to start a feature about one of Yorkshire’s more unusual coach operators.

I had moved to Leicester in April 1976 after spending two-and-a-half years working in the schedules office at Leeds City Transport. The opportunity to develop my scheduling skills with Leicester City Transport had seen me successfully apply for the position of trainee schedules compiler.