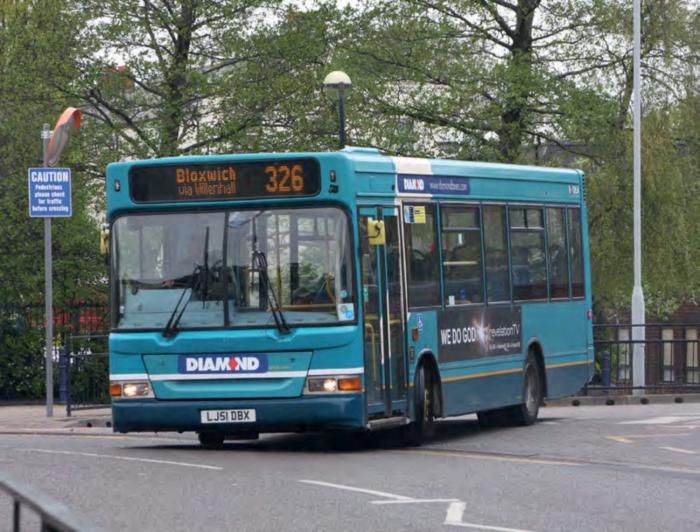 Rotala’s Diamond subsidiary took over most of Arriva Midlands’ operations at Wednesfield after Arriva closed the base on 22 April.

Nine single-deckers have changed hands along with tendered service contracts with Transport for the West Midlands, but Arriva has transferred operation of route 10 (Wolverhampton-Perton) to Telford depot and extended it to Telford, while the 35 (Walsall-Lichfield) transferred to Tamworth depot. All staff at Wednesfield were offered employment with Diamond.

Arriva acquired the Wednesfield business in September 2012 from D&G Bus as a 61-vehicle operation trading then as Midland. It began life in 1992 as Choice Travel, owned by former Midland Red North manager (later London Forest managing director) Tom Young, who sold it to D&G in 2005. It grew in March 2009 to acquire the Walsall area routes and 15 vehicles of A2Z Travel, which had just lost its operator licence.