The decade when Southdown’s fortunes turned

Title: Southdown at its Zenith 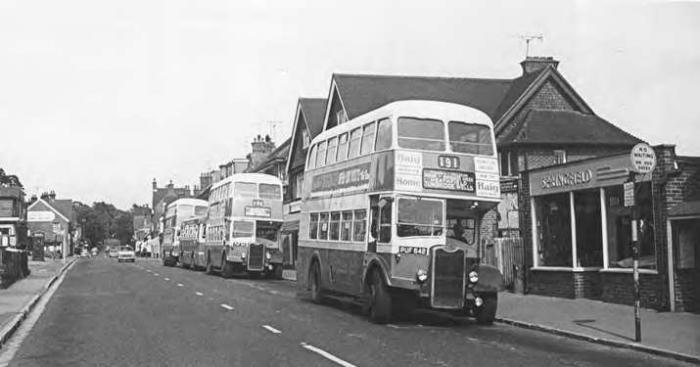 Southdown Guy Arab IVs with Park Royal bodies on connecting services in Heathfield. Between the second and third Guy is a Leyland Tiger Cub on a three-hourly rural service timed to meet the trunk routes.

Southdown, like London Transport, continues to generate new books and this latest by Colin Druce covers the 1950s when the fleet reached its peak size and began a slow slip into decline.

As a teenager, south Londonborn Druce first became interested in its extensive operations in Sussex and Hampshire from 1957, and has drawn on archive material and an excellent selection of period black and white photographs to record in detail how the company evolved in a decade when the company’s fortunes began to turn.