German railway Deutsche Bahn has shelved plans to float Arriva and freight division DB Schenker on the London Stock Exchange. The move comes after the German government announced a €2.4billion (£2.03million) capital injection for the debtridden railway, which is 100% state-owned. As part of the deal, DB will be allowed to retain more of its profits.

‘This opens the door to a new opportunity which we had not reckoned with,’ says chief executive rail boss Rüdiger Grube. ‘Our recommendation to the board is a flotation would not be the right thing at the moment.’ He says the decision was also prompted by the UK’s vote to leave the European Union.

‘The world has unfortunately changed fundamentally since Brexit,’ says Grube, who points to the slump in the value of the pound. ‘If the sale were to go ahead, we’d be throwing money out of the window.’

DB’s board was expected to formally scrap the flotation plan at its next regular meeting on 14 December.

The original plan was to sell a 45% stake in both companies by floating them on the stock exchange between 2017 and 2019. This could have raised around €4.5billion (£3.8billion).

Both Arriva — based in Sunderland and operating buses and trains in the UK and 13 European countries outside Germany — and DB Schenker are among DB’s most profitable subsidiaries and the sell-off announced last May was politically unpopular in Germany and with UK rail unions. 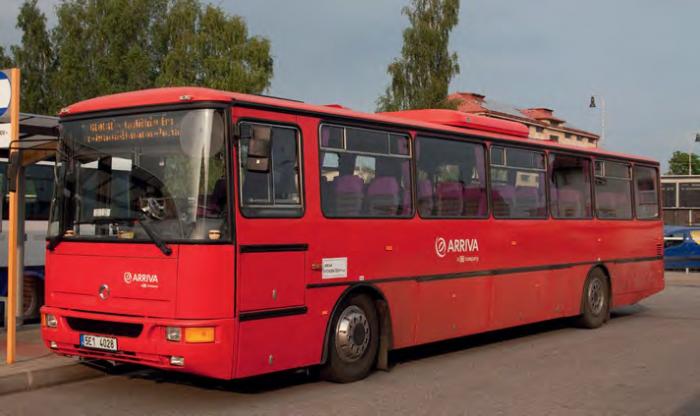 Former Stagecoach employees in France have protested outside the economics ministry in Paris at the sale of Stagecoach’s European Megabus.com retail operations last July to rapidly expanding German operator Flixbus.

Around 175 ex-employees, whose contracts run out in March, called for higher severance pay. They see themselves as the first victims of coach deregulation in France, which began in mid-2015.

The opening up of the French coaching sector was the brainchild of economy minister Emmanuel Macron, an ex-banker now standing for the French presidency. It was designed to modernise the economy and create thousands of new jobs. Previous laws protected state railway SNCF from coach competition.

The Megabus workers were laid-off when Flixbus dropped Stagecoach as a sub-contractor (Global News, November). Flixbus says it will now give precedence to French coach operators.

French trade unions are demanding a severance package per person worth at least €50,000 (£42,300) instead of the €2,000 (£1,700) offered by Stagecoach, reports French public transport website mobilicities.com.

Mohammad Ouhnache of the UNSA trade union blames the Macron coach privatisation law for failing to provide sufficient job protection and has called on Stagecoach to ‘accept its responsibility’. ‘Macron said privatisation would create jobs but instead it has created uncertainty,’ he says.

Marrakesh in Morocco is building a system of four rapid transit routes using semi-low-floor hybrid trolleybuses as part of an ambitious urban renewal plan. This surprise move comes after the cities of Rabat and Casablanca invested in low-floor trams, which went into operation in 2011 and 2012.

Marrakesh has already taken delivery of 15 of an order for 30 Chinese-made Veyron G9 trolleybuses, with the others due early in 2017. A total of 120 will be bought and completion of the system is scheduled for 2019.

This is the first trolleybus system in Morocco since the Casablanca and Tetuan operations ended in 1972 and 1975 respectively.

Overhead wires will be installed for around a third of the network, with the trolleybuses completing the remainder of the journeys using power from on-board batteries charged up during operation. They are designed to operate for up to 25km away from the wires.

The wheelchair accessible two-door vehicles are made by Dongfeng Yangtse, based in the central China city of Wuhan in Hubei province. Formerly known as the Wuhan Public Bus Factory, the company dates from 1929.

The manufacturer also plans to build an £80million assembly plant in Morocco making between 200 and 300 electric buses a year as well as other vehicles, and says these will be sold in Europe and Africa. 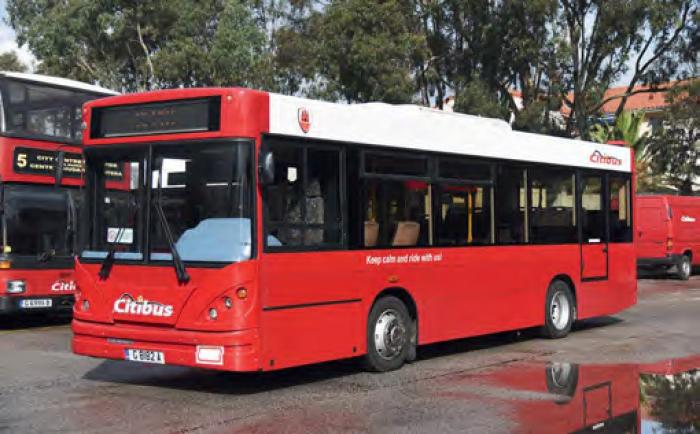 Calypso Transport, which operates as Citibus in Gibraltar, has purchased 14 of the Caetano Nimbusbodied left-hand-drive TransBus Darts that were withdrawn and replaced by new MAN Lion`s City midibuses at Gibraltar Bus Company towards the end of 2014.

Most have been extensively refurbished and repainted in Citibus livery. These are assisting on main route 5 from the Spanish frontier into Gibraltar, which is maintaining passenger numbers as the British overseas territory grows further as a popular tourist destination and cruise ship stop-off.

Others of the same batch are still in Gibraltar on secondary duties or in use as training vehicles.

Citibus continues to operate double-deckers, which include a Leyland Atlantean and Leyland Olympian.

Scania and Chinese manufacturer Higer have opened a new plant in Suzhou to build up to 2,000 Touring coaches a year.

Although the 10-year-old joint venture — combining Scania driveline and Higer bodywork — has supplied nearly 2,500 coaches to over 40 overseas countries, the Touring has yet to establish itself successfully in China.

‘I think both parties expected that China would be the main market for our cooperation, but as it has turned out, most of our joint products have been sold overseas,’ says Scania chief executive Henrik Henriksson.

‘With the financial crisis in 2008, demand for high-end coaches vanished in the Chinese market, a trend reinforced by the extensive investment in high-speed trains over the following years. But with a growing and increasingly resourceful Chinese middle class, demand for longdistance travel by high quality buses and coaches is on the rise again.’

The new plant, currently with 250 employees, has capacity to build 1,000 coaches a year, but has potential to double that.

A 35-year-old Belgian bendybus made its public premiere as a preserved bus on 22 October.

The MAN-powered Van Hool AG280 was new to the Vicinals national operator in 1981 and was one of its first bendybuses. It was allocated to the Flemish De Lijn undertaking in Brabant in 1991 and was withdrawn in early 2000.

It was then saved by a haulage contractor and after 13 years in store was acquired by non-profit organisation Wallobus. With the support of the King Baudouin Foundation and generous funders, it underwent a 36-month chassis, body and interior overhaul as well as an engine and gearbox swap. 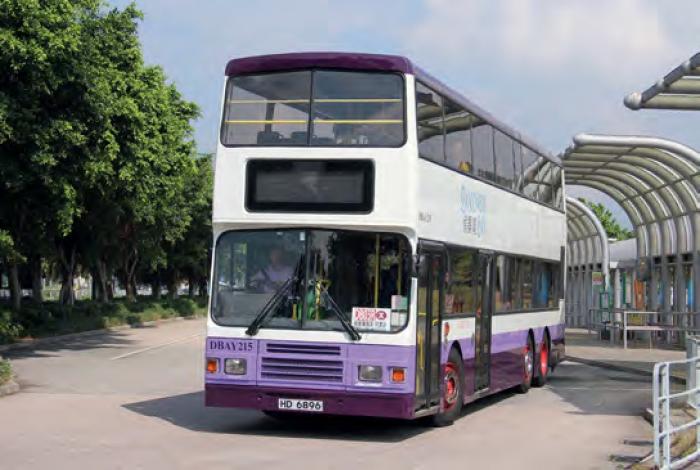 DBT is owned by the Hong Kong Resort Company, which developed Discovery Bay, and recently placed an order for a further batch of Wright Gemini-bodied Volvo doubledeckers following years of argument with the transport department which argued that the feeder road to Disco Bay was unsuitable for double-deckers.

In order to facilitate the increase in fleet size, and being a non-franchise operation, it has bought four public service vehicle discs from Citybus’s non franchise fleet, along with the Olympians that carried them. They are being kept as a stopgap measure pending delivery of the new Geminis and were prepared in DBT by Citybus.

Standard Parking is buying 13 for operation at Hartsfield-Jackson Atlanta International Airport, the world’s busiest. They are among 50 that Grande West’s US distributor, Alliance Bus Group, is taking in 2017.