A DAY OUT ON HULLEY’S

Following the company’s centenary in April, JOHN YOUNG samples the Hulley’s of Baslow bus network in the Peak District 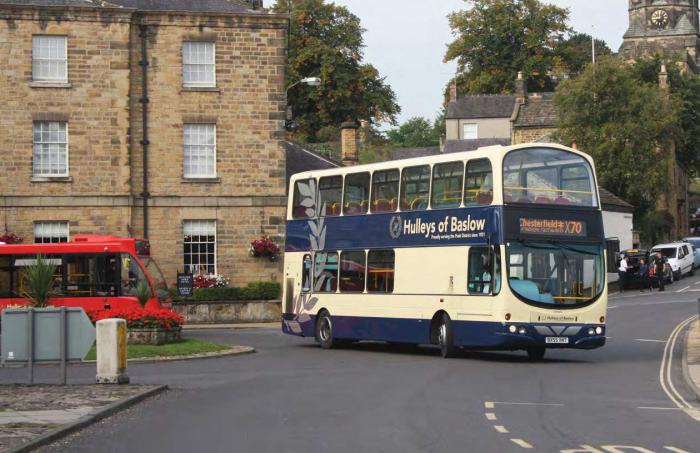 Hulley’s of Baslow has featured strongly in the enthusiast and trade press of late. It celebrated its centenary on April 29, 2021, buying its first new bus for ten years to mark the occasion and painting no fewer than three buses in commemorative heritage liveries. Henry Hulley started a taxi business based in Baslow in 1914, but moved into buses seven years later.