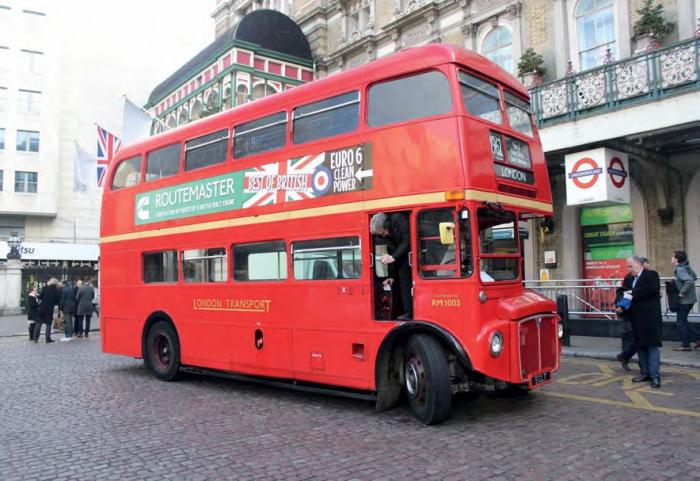 Cummins is developing a re-engining package to enable existing vehicles to operate in clean air and ultra-low emission zones being planned for major cities.

The four-cylinder engine delivers up to 210hp, while the six-cylinder operates at up to 300hp. Both engines are produced at its plant in Darlington.

The conversion package builds on lessons learnt from the conversion of preserved AEC/ Park Royal Routemaster RM1005, owned by former London transport commissioner Sir Peter Hendy, to a four-cylinder Euro6 driveline that is achieving fuel consumption of between 9.5 and 10.7mpg.

He says a key objective of the conversion was to prove that emission levels could be reduced drastically on existing vehicles rather than relying solely on their replacement with expensive new vehicles.

Millbrook Special Vehicles is currently undertaking the pilot conversion of a 2009-built Alexander Dennis Enviro400 from one of the London fleets, fitting it with a new 6.7litre Euro6 engine in place of its original Euro5. It also is fitting a new ZF transmission, new cooling pack and replacement electric ancillaries including fans and power steering.

It anticipates completing the certification process for this conversion in time to start offering such conversions on a commercial basis by the end of the first quarter of 2018.

Cummins wants to sign up a range of conversion specialists able to offer a similar service not just on vehicles powered by its own engines, but conceivably also on those with Euro3, Euro4 or Euro5 drivelines incorporating Volvo, Scania, Mercedes-Benz and MAN engines. It is still in discussions with vehicle manufacturers and potential converters and expects to announce a full list of conversion agents during 2018.

Key to these conversions is that they all meet Cummins’s installation quality assurance (IQA) standards. Each will be developed in collaboration with Cummins and pre-certified with an IQA to the same level as a new vehicle installation. This will involve a rigorous audit to demonstrate emissions compliance and effective design integration with the bus interfaces.

Cummins sees a particular opportunity in London, where large numbers of vehicles need either to be replaced or upgraded for the ultralow emission zone (ULEZ) that takes effect from April 2019. These include the 266 Wright New Routemaster hybrids with Euro5 engines.

It also anticipates that the introduction of clean air and low emission zones, starting in Glasgow and Leeds, will create a further opportunity for the quick gains in emission reduction that could be achieved from reengining existing fleets.

Although reluctant to quote specific prices for such conversions, Cummins says it can supply the new engine and after-treatment for 10% of the cost of a new bus. There are additional installation and fabrication costs and some conversions would also require new cooling systems and gearboxes. 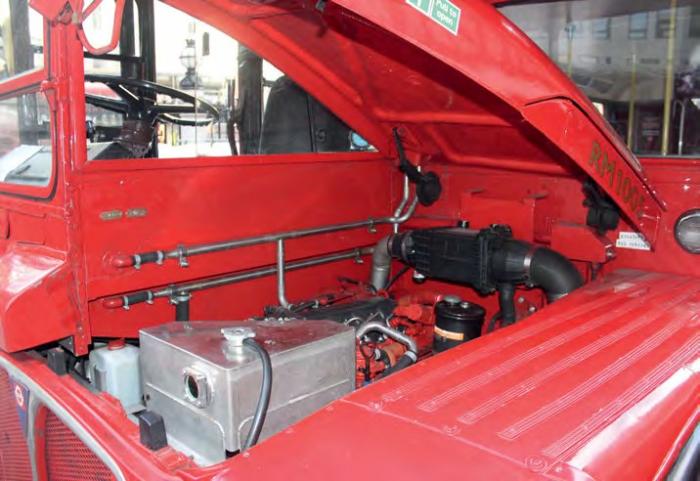 The four-cylinder Euro6 ISB engine installed in RM1005. Similar conversions are being developed for a range of modern buses.

Set against that, it says that a Euro6 engine with stop/start will save between £1,500 and £2,500 a year in operating costs when compared with a Euro5 equivalent and the conversion will extend the life of a bus by up to eight years. Repower engines will come with the same two-year unlimited mileage base warranty as those in a new bus.

Cummins could take its own older engines back from such conversions as core units for reconditioning at its dedicated facility at Cumbernauld.