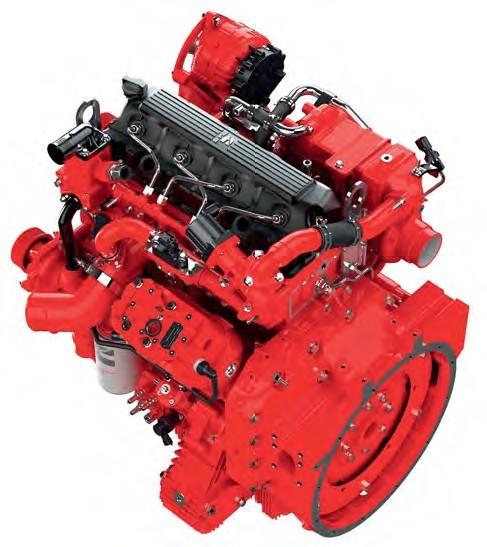 The 4.5litre Cummins ISB engine with stop/start facility. Cummins is looking at offering a 2.8litre F engine for smaller hybrids.

Cummins is evaluating the feasibility of offering its F2.8 engine as a hybrid-adapted version for midibuses and shuttle vehicles.

Its hybrid engine configuration removes the need for drive steering pumps, fan drives, air compressors and air-conditioning, as these requirements can be run directly from the electrical supply from the battery.

For midi and shuttle applications, it says the traditional starter motor can also be removed from the power unit. Removing these engine-driven accessories creates space while retaining as much as 80hp compared to a conventional bus engine.

It has now supplied over 1,500 hybridadapted Euro6 engine installations in buses operating in the UK.

Besides its work on a possible small vehicle hybrid driveline, it also is working on larger vehicles, too. ‘Our hybrid engine installation work continues with some exciting projects underway, including a double-articulated tram bus, regional coach and even a UK railcar technology demonstrator intended for where electric lines are unavailable,’ says Ashley Watton, its director for on-highway business in Europe.