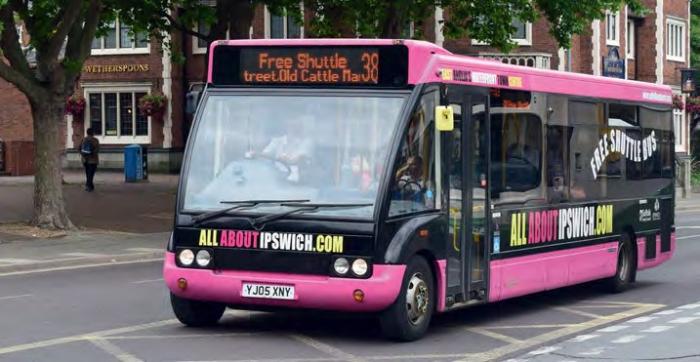 A free shuttle bus in Ipswich — running since 2004 — has had a last minute reprieve.

Route 38 was introduced when Suffolk County Council opened new offices to the south-west of the town centre. Its primary source of funding was from car parking fees paid by county council staff. The eight-stop circular linked the remote offices with the town’s two bus stations and shopping area, as well as residual offices in the central area.

It ran every 20min between 07.15 and 19.30, enhanced to every 10min for a 2hr period at lunchtimes, for which operator Ipswich Buses required a second bus to supplement an Optare Solo in a dedicated livery.

In November 2013, Ipswich Buses borrowed London New Routemaster LT100 from Metroline and operated it on the free 38. 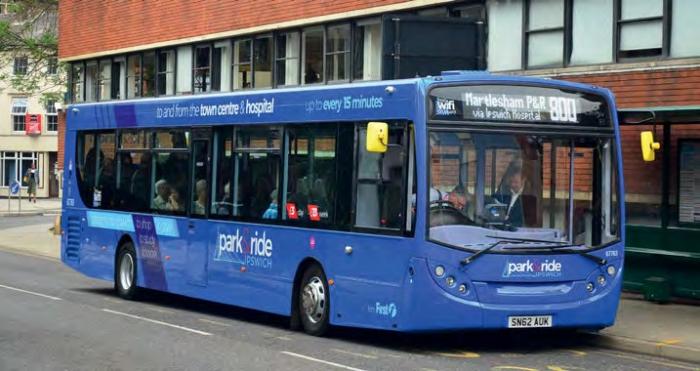 A county council spokesman says: ‘Having only one main building in the centre of town means the original reason for the service no longer exists and funding [£73,000 a year] can be diverted to help reduce rush-hour congestion’. It now contributes to the town’s park-&-ride service instead, which recently passed from Ipswich Buses to First.

However, Ipswich Borough Council decided that the link was important for town centre retailers and has stepped in to provide a lunchtime replacement. Still run by Ipswich Buses, the new 37 service runs to a shorter route, allowing one bus to offer a 15min frequency between 11.30 and 14.30.