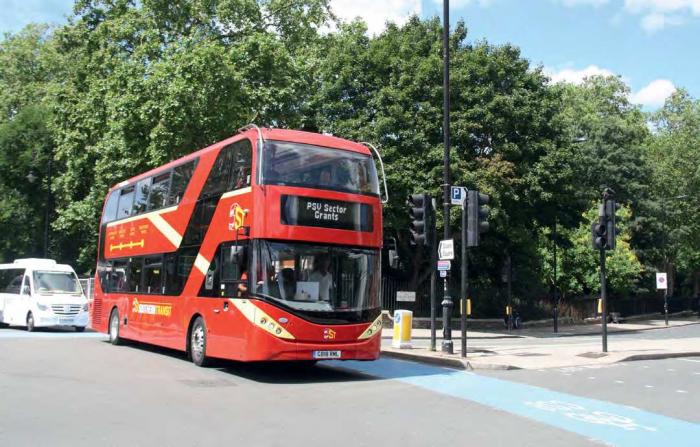 When the coach industry’s Honk for Hope campaign brought over 400 vehicles to London on 21 July to protest against the lack of government financial assistance in the global pandemic, one vehicle stood out from most others.

In among the typical machines we could expect to see — Plaxton, Irizar, Jonckheere, Van Hool, Sunsundegui, Yutong, Mercedes-Benz, Neoplan et al — was a red and cream Citymaster of Southern Transit, one of its pair of bespoke Alexander Dennis Enviro400 City double-deckers bought two years earlier to give the West Sussex independent an edge in the group travel, school transport and rail replacement market. Still the only examples of the City supplied for private hire work.