Connexions cuts back again in Ripon and Harrogate

Connexions Buses blames the level of concessionary pass reimbursement for its decision to withdraw several routes in North Yorkshire. Following withdrawal of its Leeds local route 38 (Buses last month), Connexions Buses is giving up operation of Ripon city services at the end of November.

It had run them since September 2017, following the cessation of Shaun’s Travel, which closed upon the death of the proprietor. One bus operated on three routes between 09.00 and 15.00 on weekdays only. Managing director Craig Temple blames a lack of revenue, which failed to cover costs except on market days. He told the Ripon Gazette: ‘We only receive about £1 per pass, and the majority of customers on the town bus are pass holders.’

Connexions has also given up routes 492/493 between Tadcaster and Sherburn, subsidised by North Yorkshire County Council.

The planned date of 22 October was brought forward at short notice to 8 October. The new operator is the council’s own Fleet Services, but in the interim fortnight it was able only to provide an off-peak service.

Other changes coming at the end of November include withdrawal of linked Harrogate town services X4 and X6, an hourly off-peak operation using one bus. Half-hourly Calcaria Connection X70 from Harrogate to Wetherby loses both of its twohourly extensions to Tadcaster and (as 780) to Knaresborough.

The company attributes the changes to ‘cost pressures (increasing insurance and fuel to name a couple but no increase in concessionary pass reimbursement)’. 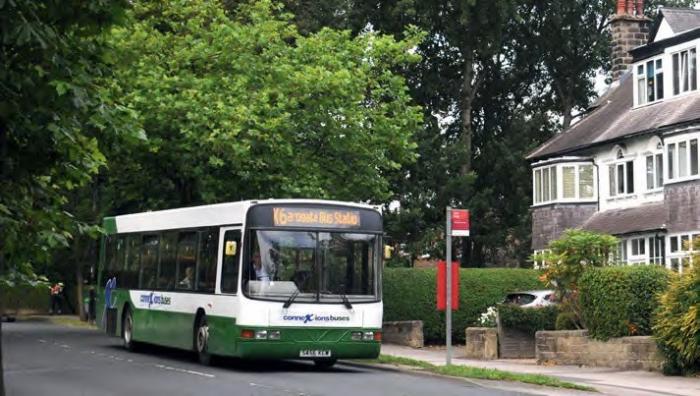