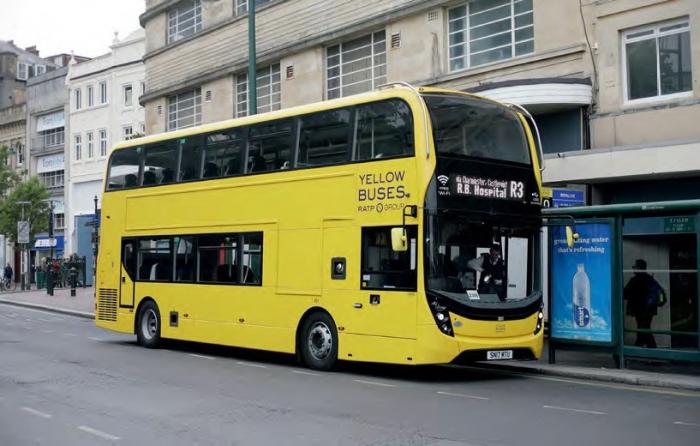 Passengers in Bournemouth are among the most satisfied in England, with 93% of those using RATP-owned Yellow Buses expressing happiness with their overall journey. Among last year’s deliveries to the company, in a revised livery, was Alexander Dennis Enviro400 MMC 201 (SN17 MTU).
MARK LYONS 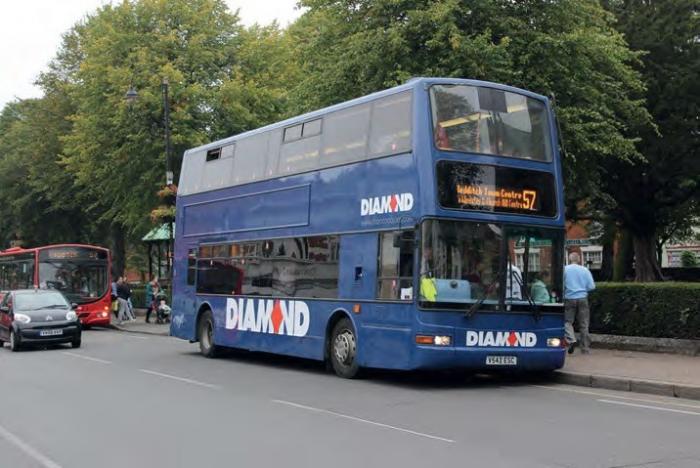 Rotala-owned Diamond received a particularly poor rating for its services in Worcestershire. This 2013 view in Redditch shows Plaxton President-bodied Dennis Trident 40542 (V542 ESC) on a network that incorporated routes taken over from First.

There has been a drop in passengers’ overall satisfaction with their bus journeys in England outside the six city regions beyond London, according to the latest survey from statutory watchdog Transport Focus.