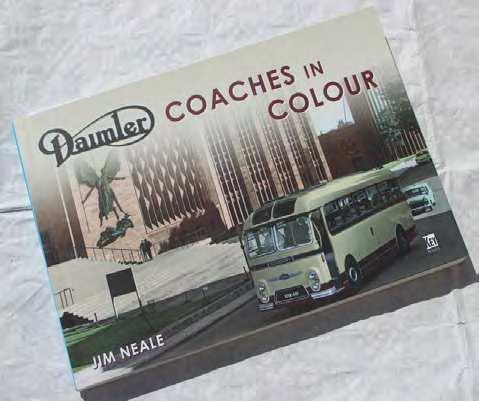 One of the coloured photographs shows a Freeline new to Lewis Cronshaw of Hendon in 1953, one of the only pair built (in Hendon) with Duple Ambassador bodies.

When we think of Daimler, the doubledeckers it supplied to municipal fleets probably first spring to mind; also the rearengined Fleetlines that took the marque into major company fleets and London Transport in the 1960s and early 1970s.

But the Coventry-based manufacturer also was active in the coach market until the mid-1960s, counting many independent operators as loyal customers. That is the theme of this attractive landscape format picture album compiled by Jim Neale, a man with such a lifelong passion for the marque that he named a house Daimville.