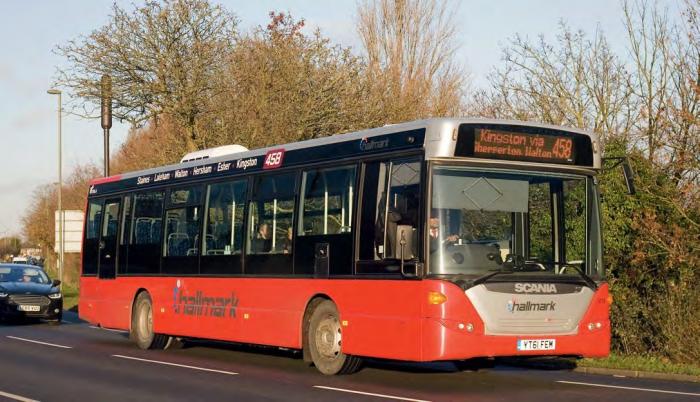 Hallmark 30118 (YT61 FEM), a Scania OmniLink branded for service 458, in Gaston Bridge Road, Shepperton on one of the hourly through journeys to Kingston. Trains link Shepperton and Kingston every half hour. MARK LYONS

Shepperton. It is a funny little place really, a place where people come to live for a short time because it is close to London but cheaper, quieter and — despite its suburban appearance — still feels a bit like a village. As a result, people end up staying.