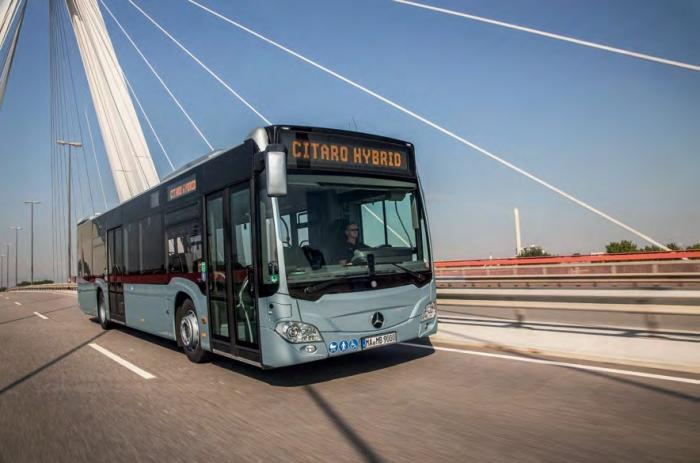 One of the most interesting new buses on the Daimler stand at Busworld Europe in Kortrijk, Belgium on 20-25 October is the mild hybrid version of the Mercedes-Benz Citaro, which will be supplied in right- and left-hand drive.

Launched to coincide with the 50,000th Citaro to leave the assembly line, the hybrid Citaro uses a straightforward 14kW electric motor mated to a Euro6 diesel to produce claimed fuel savings of 8.5% over the straight diesel model.

The hybrid Citaro has been designed as a play-safe option for operators who do not yet want to commit to all-electric buses. Compared to the UK, operators in Germanspeaking countries have held back from buying larger numbers of pure electric buses.

Hamburg, Cologne and recently Munich have purchased some but in the capital Berlin only four all-electric Solaris buses ply a dedicated route operated by city operator BVG.