They run for up to 20km between charges, which take up to 5min, drawing power through a pantograph at charging points at either end of cross-city route 4, one at the Central bus station and the other at Reading terminal near the old Tel-Aviv port.

And the country’s largest operator, Egged, has secured funding from the Ministry of Environmental Protection to purchase 25 Chinese electric buses — from BYD and Golden Dragon — for the northern coastal city of Haifa, which suffers from a high volume of air pollution caused by the region’s chemical industry. 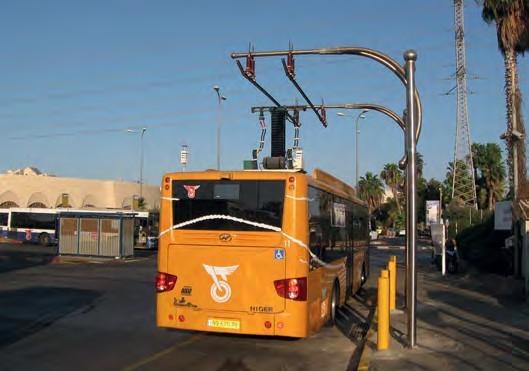