CHESTER SINCE THE SIXTIES 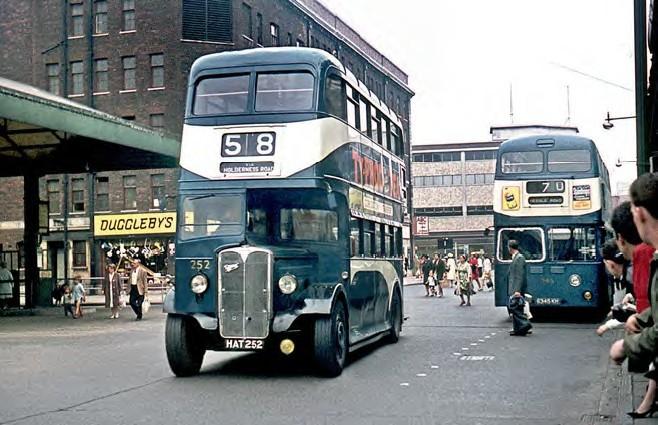 Coming on the stand at the old Hull bus station is Kingston-upon-Hull Corporation Transport 252 (HAT 252), one of 16 Weymann-bodied AEC Regent IIs new in 1946. The Regent II was the direct successor of AEC’s prewar double-deck design, soon superseded by the more sophisticated Regent III. Waiting to start loading is one of the first rear-engined doubledeckers in the fleet, 1960 Leyland Atlantean PDR1/1 345 (6345 KH) with 75-seat Metro- Cammell body. Today’s Paragon Interchange was built in the area behind these two vehicles. 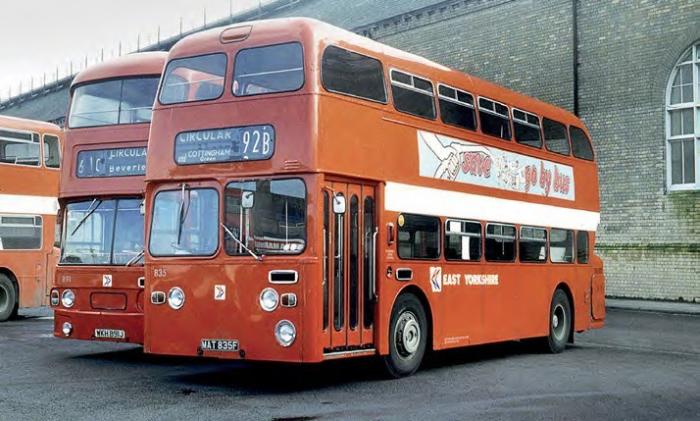 Parked up between journeys are two East Yorkshire double-deckers in National Bus Company poppy red and white. Park Royal-bodied Daimler Fleetline 835 (MAT 835F) was new in 1968, its lowheight body angled inwards towards the top in the style of the highbridge vehicles that the company specified in order to pass through the North Bar in Beverley town centre. It was one of the last buses with this feature. Fleetline 891 (WKH 891J) alongside was new in 1971 and has a highbridge Alexander J-type body.

Hull has a vibrant bus scene with vehicle movements in and out of its large bus station — Paragon Interchange — running into three figures each hour. This is one of the best bus/ rail interchange facilities in the country, as the new bus station, which opened in September 2007, is an integral part of Hull Paragon railway station.