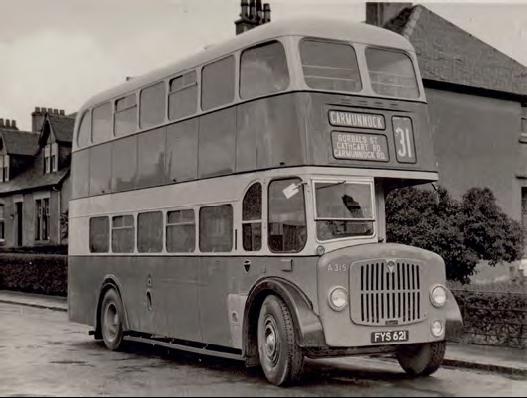 Weymannbodied A315 (FYS 621), the first of Glasgow Corporation’s 75 Gardner-engined AEC Regent Vs, in Carmunnock soon after it entered service in July 1955. JIM THOMSON 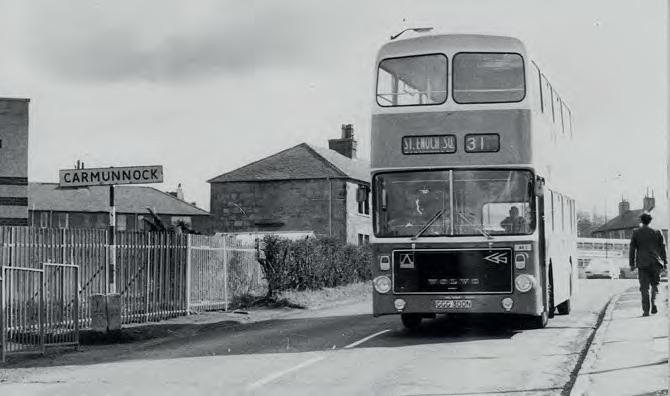 Stephen Young took over his brother Orlando’s Carmunnock-Busby Station bus route in 1921, and in 1925 started a new service linking Carmunnock with Glasgow Corporation trams at Mount Florida. In 1928 that route was extended to Carlton Place, providing the first through service between Carmunnock and the city centre.