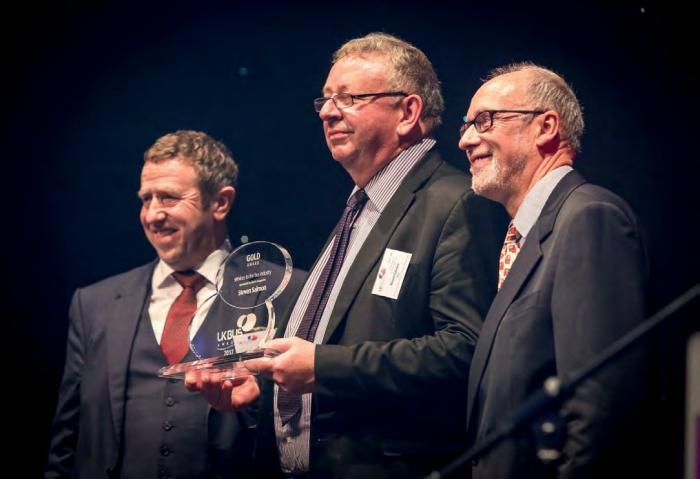 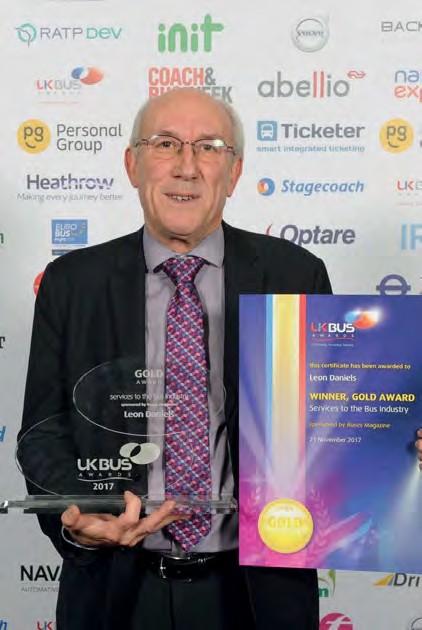 Two leading industry figures were jointly awarded the Services to the Industry award sponsored by Buses and presented to those who have gone consistently beyond the call of duty to improve and promote the bus industry for its users or the wider community.

They are Leon Daniels, who retires around Christmas after over six years as Transport for London managing director, and Steven Salmon, who has spent 20 years as director of policy development for the Confederation of Passenger Transport.

A lifelong enthusiast as well as a professional, Daniels worked for the late Prince Marshall’s Obsolete Fleet business before joining Ensignbus in 1984 and moving to become MD of Capital Citybus when Ensign sold its tendered London bus operation to the Hong Kong-based CNT Group in 1990.

He remained with FirstGroup after it acquired Capital Citybus in 1998 and held a succession of national and international posts with the group until he took up the TfL post in April 2011, responsible for a wide range of road, rail and river transport in addition to the extensive bus network. His first major task was to oversee the delivery of surface transport for the 2012 Olympics.

‘Despite the many challenges he has faced in some very tough jobs over the years, he has never lost his openmindedness, slight irreverence and his sense of humour’, says the judging committee.

After graduating from university in 1981, Salmon ran his own coach business, then joined Surrey County Council in the mid- 1980s as the officer responsible for school transport in part of the county. He moved to the British Bus Group and in 1995 was appointed director and general manager of its ex-municipal businesses in Southend and Colchester.

He has helped shape the industry’s response to several major pieces of legislation and more recently has been helping try to determine the consequences for bus and coach operators of the UK’s decision to leave the European Union.

‘He has worked tirelessly to get the industry’s point of view across at domestic and international level, and has been the source of wise counsel and thoughtful analysis of the many issues that the industry faces’, says the management committee that made the award.