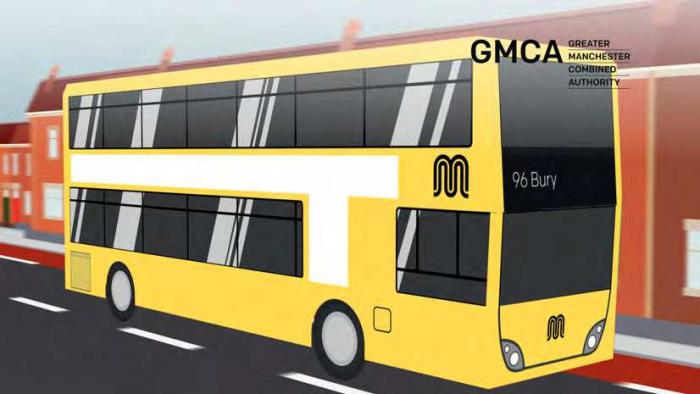 A single identity is planned for buses, trams and trains in Greater Manchester.
GMCA

Mayor of Greater Manchester Andy Burnham has ended many months of uncertainty by confirming that it will be the first city region outside London to have a franchised bus network, with the present deregulated regime phased out between 2023 and 2025. Stagecoach — the biggest operator — is challenging the decision making process in court.

Through Transport for Greater Manchester, the city region’s combined authority intends to make the transition in three phases, starting in early 2023 in Wigan and Bolton where Stagecoach and Rotala-owned Diamond are the dominant operators, with follow-up phases in 2024 and 2025.  The final phase, which includes the majority of Stagecoach Manchester’s services, would be implemented by the end of 2025.

‘Bringing buses into local control will be the biggest change to Greater Manchester’s buses since deregulation in 1986,’ says Burnham. ‘But as with all change for the better, it will take time; it won’t happen overnight and we are just at the start of our journey.