Last day of operation at Broadmarsh, with buses and coaches accommodated beneath a four-level car park.
JOHN ROBINSON

Two busy bus stations — Broadmarsh in Nottingham and Transport for Greater Manchester’s facility in Wigan — have closed for redevelopment and eventual replacement within the next two years.

Broadmarsh — beneath a multi-storey cark park and part of a down-at-heel shopping mall on the southern edge of the city centre — closed on 9 July, prompting the relocation of bus and coach services to nearby roadside stops in Collin Street, Friar Lane, Canal Street, Mount Street and Beastmarket Hill. Work on a new shopping and leisure complex with bus station and car park is expected to take two years. 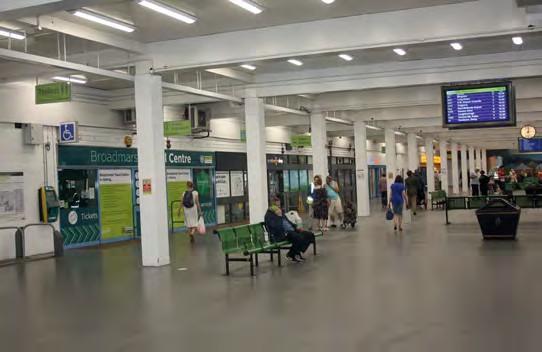 The passenger concourse at Broadmarsh on its final weekend.
JOHN YOUNG

Wigan bus station closed on 30 July to make way for what TfGM says will be a ‘striking’ new facility due to open by the end of next year. Temporary stops have been created in seven nearby streets while the Hallgate site is redeveloped.

In place of the previous drive-through facility, the new bus station will have 19 nose-in bays with direct access for passengers from a covered concourse with seated waiting areas, information and ticket outlets, cycle parking and more attractive pedestrian links with the town centre. 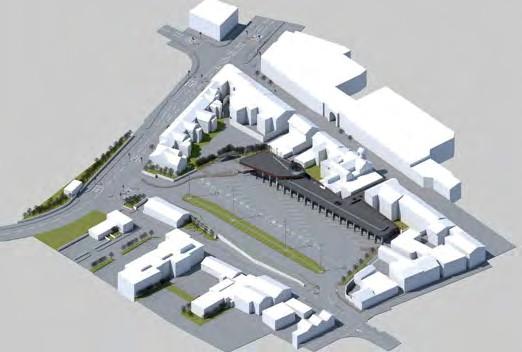 Aerial impression of the new bus station for Wigan.
TfGM