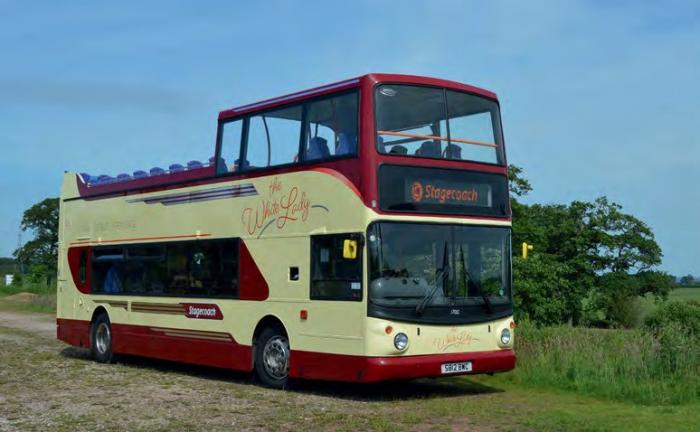 The Alexander ALX400-bodied, the 12th built for Stagecoach London in 1999, has been named The White Lady and painted in the cream and dark red livery used on 50 Leyland Titan PD1s and PD2s built in 1948 and 1950 for longer routes and in a simplified form on Leyland Atlanteans in the 1960s.

On the Trident, gold and silver artwork conveys the effect of the brightwork used on the 50 Titans, one of which is preserved in the Stagecoach heritage fleet.

It is based at Kendal depot where it will be available, along with an ex- London Routemaster, for wedding and corporate hires. It also will be a spare vehicle for the seven new Wright Gemini 3-bodied Volvo B5TL open-top double-deckers due imminently for the Lakesider-branded route 599 (Bowness-Grasmere).