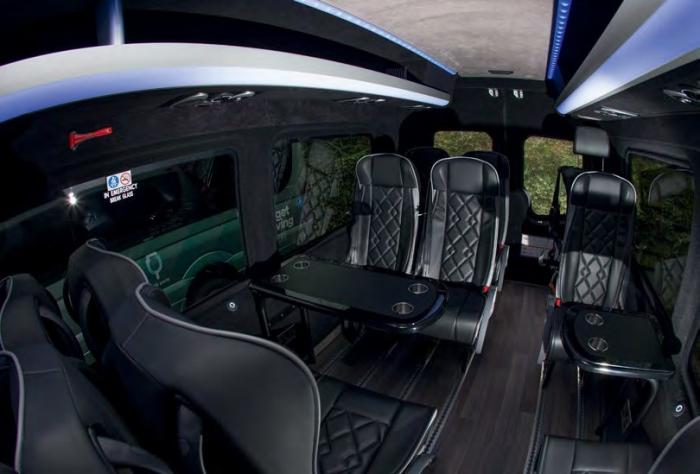 Six of the 12 leather seats are arranged around tables.
ARRIVA

Hot on the heels of Stagecoach launching its Little & Often urban minibus trial in Ashford (Buses last month), Arriva began its own innovative small vehicle trial in another Kent town.

ArrivaClick, started on 3 March, is a customer-led demand-responsive minibus service that, like Little & Often, uses Mercedes-Benz Sprinters. It has been launched in and around the Kent Science Park and nearby Sittingbourne, but there are plans to widen its geographical coverage.

It has been developed in partnership with Via, a five-year-old New York company that provides smartphone app-based shared ride services like Uber but picks up and sets down passengers at street corners rather than running door-to-door. It operates in the cities of New York, Chicago and Washington DC and has provided over 12million rides in five years.

The ArrivaClick app enables customers to request a minibus from their pick up point at a time they want and to a destination of their choosing. Their journey will then be matched with other people heading towards the same destination. Once booked, customers are guaranteed a seat on the Sprinters, which have 12 leather seats, two tables, USB points, free WiFi and charging points.

Once they have downloaded the app, they can create an account to buy credit, which can be topped up and then request their journey by booking their seat on the bus. They are given a proposed cost and estimated arrival time for the journey and once accepted, they can track the bus’s arrival in app as they wait. ‘ArrivaClick app is the result of two driving forces,’ says Arriva UK Bus commercial director Alistair Hands. ‘The first is the continued demand from existing customers to prioritise punctuality of service and frequency. The second force is a shift in consumer and market behaviour, which has seen people expecting a service that is bespoke and tailored to their specific needs, while also being reactive and sitting in the palm of their hand.

‘It delivers all of the above and is a totally new bus experience and a new way of travelling, appealing to people in a different way to bus travel of the past. We see similar ways of travelling on the continent and we believe there is a demand for this type of service here in the UK too.’ 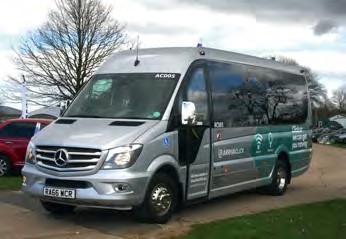