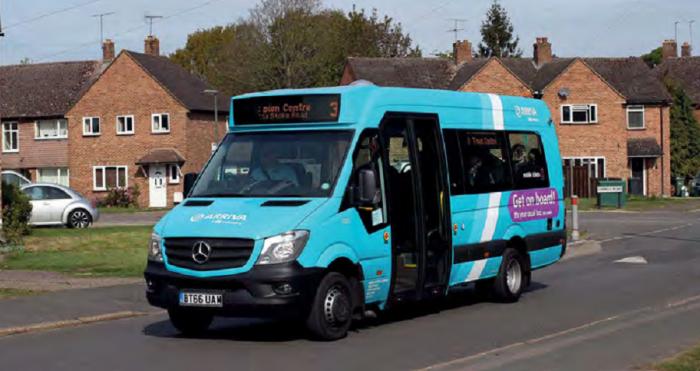 Arriva — already using the Mercedes-Benz Sprinter for its innovative ArrivaClick minibus trial in Kent — has converted a Guildford town service from larger singledeckers to Sprinters and has ordered nine higher capacity examples for routes in Cheshire.

In Guildford, three low-floor Sprinter City 45s are operating Arriva Southern Counties service 3 between the town centre and Bellfields estate where narrow roads and parked cars make it difficult to operate satisfactorily with the likes of a Dennis Dart. Frequency of the service remains every 20min, despite the minibuses having around half the capacity of the buses they have replaced.

Due for delivery to Arriva North West in June are nine Sprinters with 22-seat Mellor Strata bodies. They will have seats trimmed in e-Leather, USB charging points and free WiFi and will operate local routes around Macclesfield and Winsford. They will have space for one wheelchair.

Arriva says it selected the Cheshire vehicles for their passenger capacity and for the Sprinter’s low fuel consumption when compared with larger buses.