Arriva snips at the edges 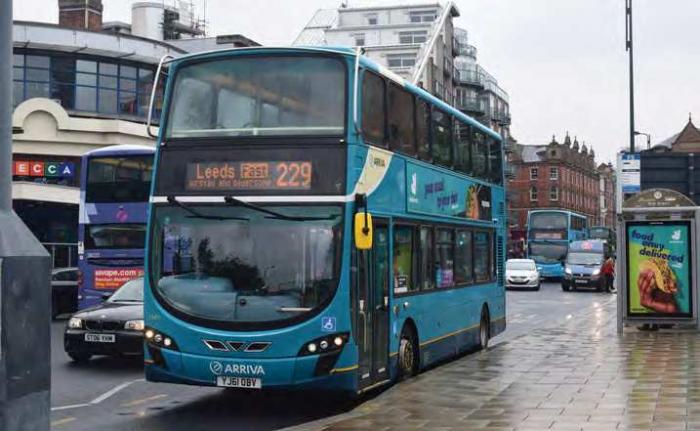 Huddersfield-Heckmondwike-Leeds route 229 is cut in half on Saturdays, reducing from four to two buses per hour, as is the 202 (Huddersfield-Dewsbury-Leeds) in the background. Both buses are low-height semiintegral Wright Gemini 2s.
DAVID JENKINS

Reductions across the Arriva network were due to be implemented in April, as the operator sought to match supply more closely to demand. In a few places, improvements are also planned to take place, but these are in the minority.

Arriva The Shires is restructuring its Aylesbury-Thame-Oxford route 280, to be more frequent between the latter two places – up from every 20 minutes to every 15 – but reduced on the former section to just half-hourly.

Also cut from every 20 minutes to every 30 minutes is the Aylesbury-Hemel Hempstead-Watford route 500. A package of restructuring around Watford reduces the peak vehicle requirement, while in Hemel Hempstead, town services 3 and 4 are cut from half-hourly to hourly. Route 300 to St Albans – once half-hourly but running on a Covid-inspired frequency of two hourly off peak and hourly peak -is withdrawn altogether. Alternative link 302 remains at half-hourly.