Arriva Southern Counties has bowed to pressure and restored larger buses to a Guildford town service (Buses July). The three Mercedes-Benz Sprinter minibuses (two in service and one spare) were introduced on route 3 to Bellfields without any frequency enhancements.

Andy Isbell, Arriva general manager for Guildford, told the Get Surrey website: ‘Having listened to customer feedback we have decided that, at present, the best fit is to swap the minibuses on to the X1 route and put bigger buses on to service 3.’

The X1 is a fast interurban route, over and above the established hourly 63 stopping service, both of which link Guildford with Horsham. Introduced last May, it initially used Plaxton Panther-bodied Volvo B9R coaches, which were swiftly replaced by ordinary buses.

Two minibuses maintain the hourly frequency, which only runs on weekdays. 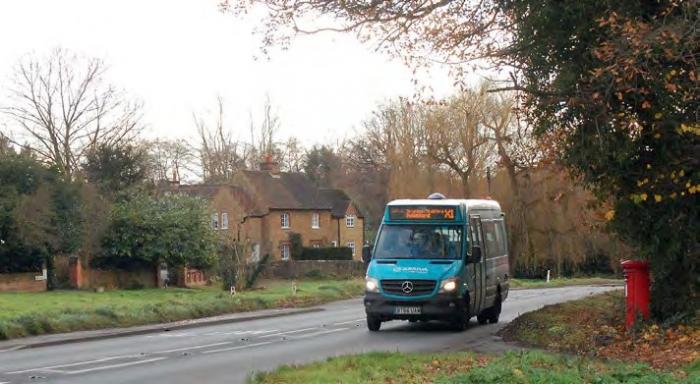