In a summer punctuated by coach operators’ Honk for Hope protests about the loss of much of their work in these strange times of lockdowns and social distancing, here is a reminder of one of the many popular destinations that have attracted large numbers of coaches from far and wide. 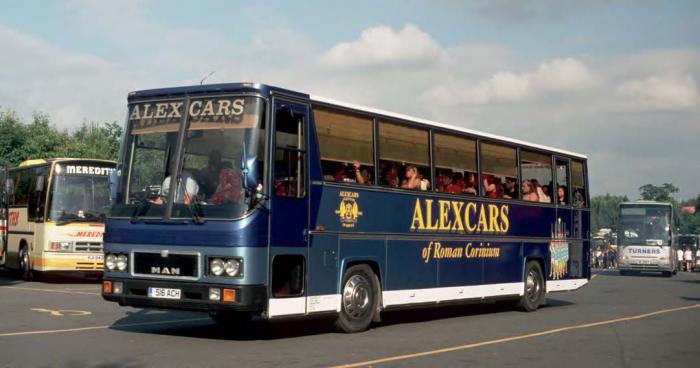 Alexcars of Cirencester, founded in 1946, was one of the early victims of the collapse of demand in this year’s pandemic and closed in April. In 2001 its fleet included this MAN SR280, new in 1983 and used briefly as a demonstrator registered UAM 932Y. It spent nearly 20 years in the fleet and was into its final year with Alexcars. It ended its operational days in East Sussex. The integral rear-engined SR280 was MAN’s first coach for the UK market, announced in 1979 in right-hand-drive and 129 were sold here between 1980 and 1985. 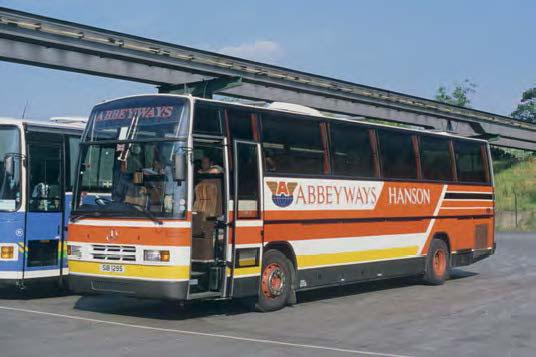 Halifax-based Abbeyways Hanson built up a large fleet of integral and bodied Mercedes-Benz O303s in the 1990s and 2000s. These included three of the five that Wallace Arnold took in 1990, from the batch of 25 with Paramount 3500 bodies that Plaxton built that year as part of its policy then of building partnerships with major European chassis manufacturers. Abbeyways acquired SIB 1295 (new as G563 MWX) in 1993 and kept it until selling it for scrap in 2014. It was photographed in 1996 next to the monorail track at Alton Towers.

The Alton Towers estate in Staffordshire was developed as a theme park in the 1980s and greatly expanded in the 1990s with the construction of a series of new rides offering extra thrills for visitors. It was acquired in 1990 by the Tussauds Group, which in turn became part of Merlin Entertainments in 2007.