This is the first order for the H2.0 secondgeneration hydrogen platform. Alexander Dennis said this has been designed to be more energy efficient to cover greater distances between refuelling.

The 20 Enviro400FCEVs are being directly purchased through the Liverpool City Region’s Transforming Cities Fund and will be publicly owned. They will initially operate on the 10A between St Helens and Liverpool city centre, the busiest bus route in the city, jointly operated by Arriva and Stagecoach. 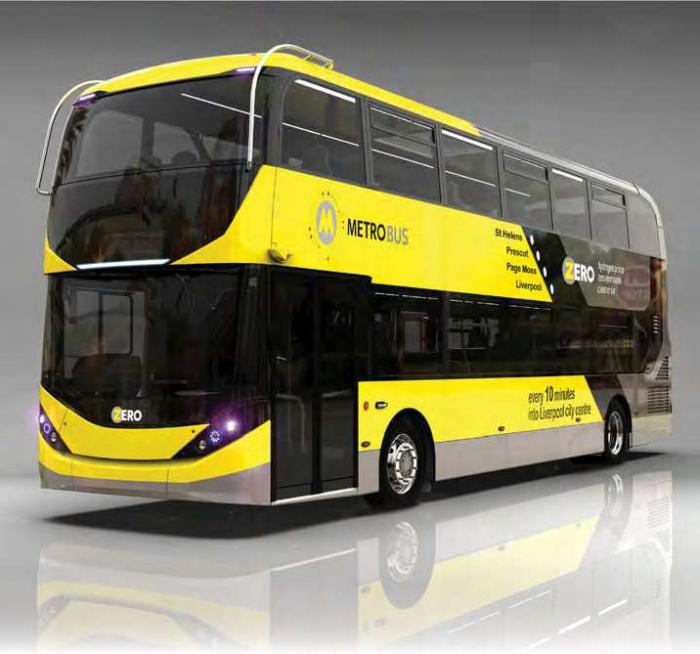 The Enviro400FCEV will be powered by a Ballard fuel cell power module through the Voith Electrical Drive System. Onboard features are expected to include wireless phone charging and Wi-Fi, along with increased capacity for wheelchair users and audio-visual next-stop announcements.

Subject to final agreement of the project plan, the first vehicles could be delivered in 2022.