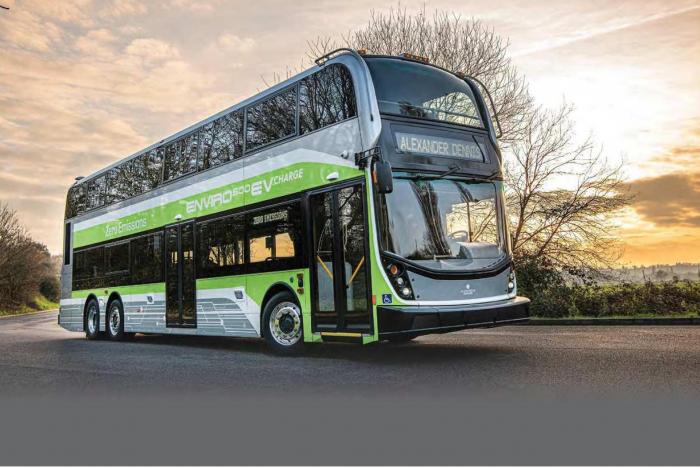 The bus, expected to be North America-specific and the first electric tri-axle double-decker on sale from Alexander Dennis, maintains a similar profile to the existing diesel Enviro500s. Nine batteries are on board the vehicle, and four of these are integrated in the floor of the lower deck at a sacrifice of 4% headroom. Indeed, the company promised the two usual American height variants of the vehicle, the standard 13ft 6in (4.11m) and SuperLo 13ft (3.96m) would still be offered.

Alexander Dennis has claimed several industry firsts are features of the vehicle, including full independent front suspension and an integrated electric drive system ‘tailored to the requirements of North American transit operators.’

Outside North America, the partnership between Alexander Dennis and BYD continues to produce electric vehicles for the UK, New Zealand and other potential markets. This year the joint venture will progress, with Alexander Dennis incorporating BYD drivelines into chassis assembled in the UK. BYD already offers its own tri-axle electric double-decker in North America.