70 YEARS OF TROLLEYBUSES IN CAGLIARI

As the network reaches the major milestone, MICHAEL SANDERSON details its history and samples the current service 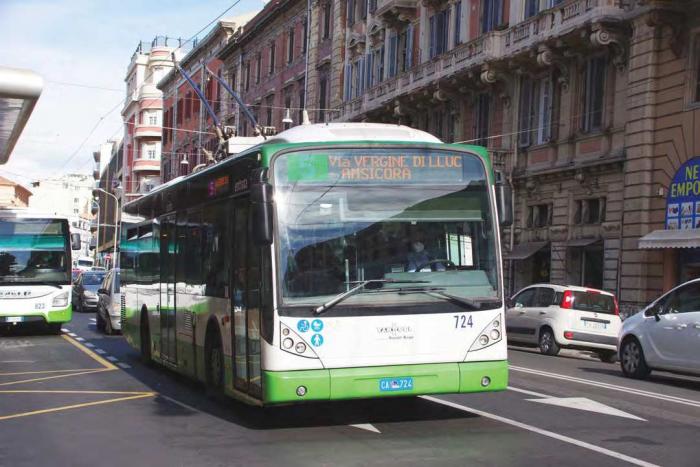 Cagliari, the regional capital of the Italian island of Sardinia, this year celebrates 70 years of trolleybus operation. The first route, line 5, began operation on December 22, 1952, over the next 12 years the service expanded to cover much of the central area. The network was also extended to the outlying areas of Quartu Sant'Elena and Selargius. As with many British towns, some of these lines replaced a previous tramway.