Alexander Dennis strengthened its dominance of the single-deck bus market. Its share is now approaching two thirds, compared with only 37% in 2014.

However, the number sold has continued to decline, from nearly 730 in 2015 to well below 500, reflecting the shrinkage of the total market. Sales are now limited to a single model, the Enviro200. By mid-2019, all of those entering service were the Euro6-engined MMC. Just a handful with the original bodywork and Euro5 engine had still to enter service at the start of the year. 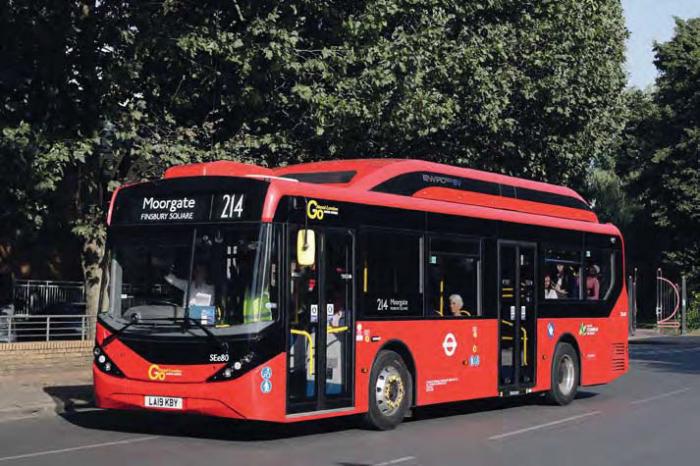 Go-Ahead London SEe80 (LA19 KBY), one of 22 of the 10.2m version of the BYD/Alexander Dennis Enviro200EV battery electric.
MARKLYONS

Wrightbus took second place with its StreetLite. Perhaps surprisingly, given production was halted temporarily when the company went into administration in September, deliveries were up by more than a quarter, although they were still a far cry from 2014 when more than 460 were supplied.

Optare’s single-deck range suffered another massive slump, falling by over 60%. Its sales are now a fraction of the nearly 300 sold in 2015.