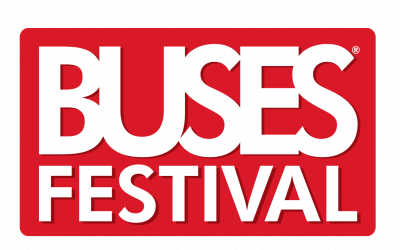 After years of experimentation, Leyland started producing its rear-engined Atlantean bus in 1958. Daimler followed with the Fleetline in 1960.

Daimler was already popular in many Midlands fleets and the Fleetline soon became a familiar sight. The Fleetline also had a dropped centre rear axle, which meant the bus could be lower but still have good headroom inside. West Bromwich Corporation took advantage of this and replaced single-deckers on routes under low bridges with these buses.

The new double-deckers were distinguished by their ivory paint scheme, typical of bright but perhaps bland livery facelifts of the 1960s. The shade is thought to be that of the West Bromwich ambulances that were then also maintained at the Corporation bus garage. Existing West Bromwich double-deckers continued with the ornate old livery of cream and two shades of blue, lined out in black and gold.

They passed to the new West Midlands Passenger Transport Executive on 1 October 1969. The Fleetlines were repainted into the PTE livery but remained distinctive, having more cream.

The 'low bridge' buses were retired in 1981-2 except for no. 101, which became 'semi-preserved'. It re-entered service in October 1985 after considerable repairs.

But there was no room for buses like 101 in the post-1986 deregulated era and it arrived at Wythall in August 1988. 101 joined the collection at no cost, thanks to the generosity of Travel West Midlands. External restoration work took place in 2003-5 and finally the necessary mechanical work was tackled in 2018 to return the bus back on the road.